It is with tremendous emotion that we share the news that one of the most positive individuals in this world, our dear friend and colleague, Michael A. Christie, has gone to unite with our good Lord.  Mike was one of the founding partners of Penn E&R.  During his 23 years with the company Mike served as a Managing Principal, as Executive Vice President and as a member of our Board of Directors.  He was a practical and extraordinarily talented Geologist, a mentor to many, and a positive force of support to us all.  By any measure Michael was a great man and a true leader.  He enriched the lives of everyone fortunate to have known him. 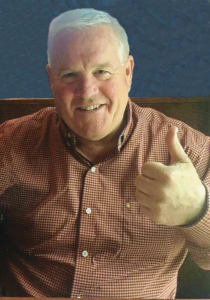 Mike lived his life with boundless optimism and remarkable energy.  He always had a craving to travel and to explore areas that the average person would not venture into.  Last year he and his beloved wife, Laura, traveled to Iceland where he insisted on being lowered via cable into the caldera of a volcano.   Among his many talents Mike was an extraordinary meteorologist; a constant student of the science, he could predict the weather with uncanny accuracy.  So much so that nearly everyone that knew of this talent sought and valued his forecast more than any public source.

Michael passed on June 26, 2018 and in fact, we will never forget him, his accomplishments, and his magnanimous presence.  He was born February 24, 1959, in Abington, PA, the son of Frances Marie (Mitchell) Christie and the late William Carl Christie.  Michael was a graduate of Millersville University earning his bachelor’s degree in geology and continued his education earning his master’s degree in hydrogeology from Wright State University.

In 1996, Mike and two others Dominic Spinozzi and William Ponticello joined to form a new and different environmental consulting firm.  That was all Mike needed to hear.  As most may know, Mike had that force, that indescribable positive presence that could not be denied.  The group spent countless hours creating a mission and business plan for what would become Penn Environmental & Remediation, Inc.  Whenever a road block appeared, there was Mike—the optimist, the force—to convince everyone that this plan would work.  Partnering with Penn Color, Inc., Penn E&R was born.  The firm took on projects with complex regulatory issues and challenging geology/hydrogeology and quickly built a reputation for client service and technical excellence.  Mike was at the heart of the firm’s growth; he challenged our employees and inspired every person to be their very best.  He cared deeply about an employee’s well-deserved work break on a weekend and hearing about time spent outside of the office—it was the personal side that made a difference with Mike.  He touched so many people, clients and employees alike, and his wisdom, knowledge, and guidance were felt and appreciated by all.

Mike was passionate about Philadelphia sports, fishing, ancient history, a storm and the science behind the weather, a summer weekend and teaching others.  Above all, he appreciated and loved his family.  Some of his most frequent statements were: “What mile marker are you at?”; “Do you want to bet on the total for the dinner bill?”; “Let me check my weather maps and I’ll get back to you.”; “Tell me what time you started and I’ll tell you how many you had.”

It has been said that a life is not important, except in the impact it has on the lives of others.  If that is a valid measure of a man’s life: the ability to be a positive force, to move others, to lift them up when they need it most, then I suggest that Michael Christie, a true friend, whom we loved and respected, was a giant among men and, more importantly, was a model to us all for a life well lived.

Michael A. Christie is survived by his mother, his wife Laura, their two children, and their three grandchildren.  In lieu of flowers contributions may be made in his memory to the St. Luke’s Hospice House, 2455 Black River Rd, Bethlehem, PA 18015.