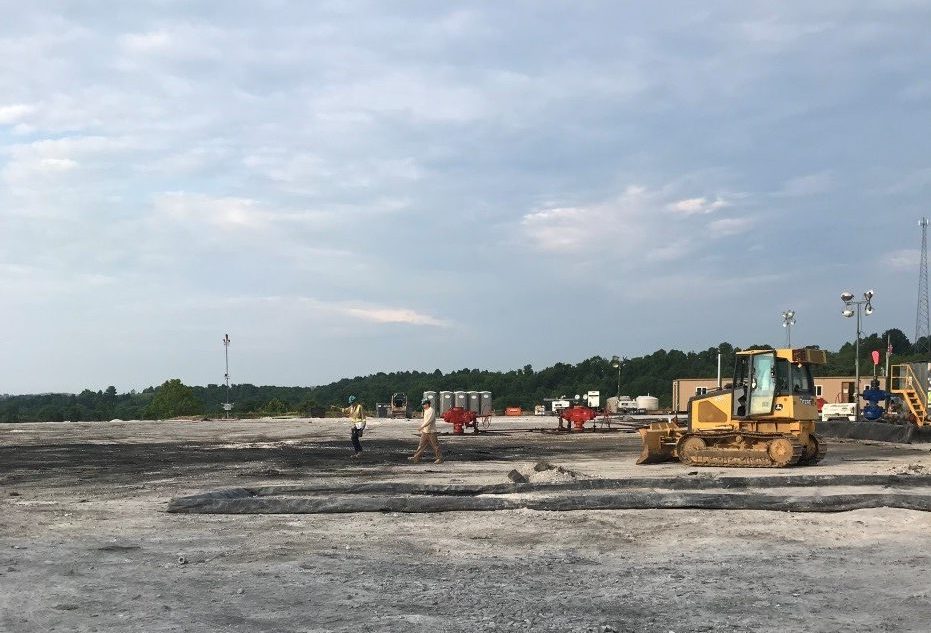 The client immediately reported the spill and contracted Penn E&R to perform delineation of contaminants and supervise the cleanup.  Vacuum trucks were utilized to remove free-product, and earthen berms were constructed to prevent released fluids from migrating off the site.  Suspect areas were screened for evidence of contaminants using a photoionization detector, a Soil Electrical Conductivity Meter, a pH meter and visual observation to determine the extent of impacted material.  The visibly stained materials and areas with elevated conductivity and/or PID measurements were excavated, temporarily staged in containment and ultimately transported for proper disposal at a licensed facility.

Penn E&R prepared an Act 2 report that was submitted to the PADEP Southwest Regional Office to obtain closure of the spill without further investigation or remedial action as well as a relief of liability under Act 2 for brine parameters fuel/lubricating oils and fluids.  The report was submitted to the PADEP within 90 days of the spill date and approved by the agency.