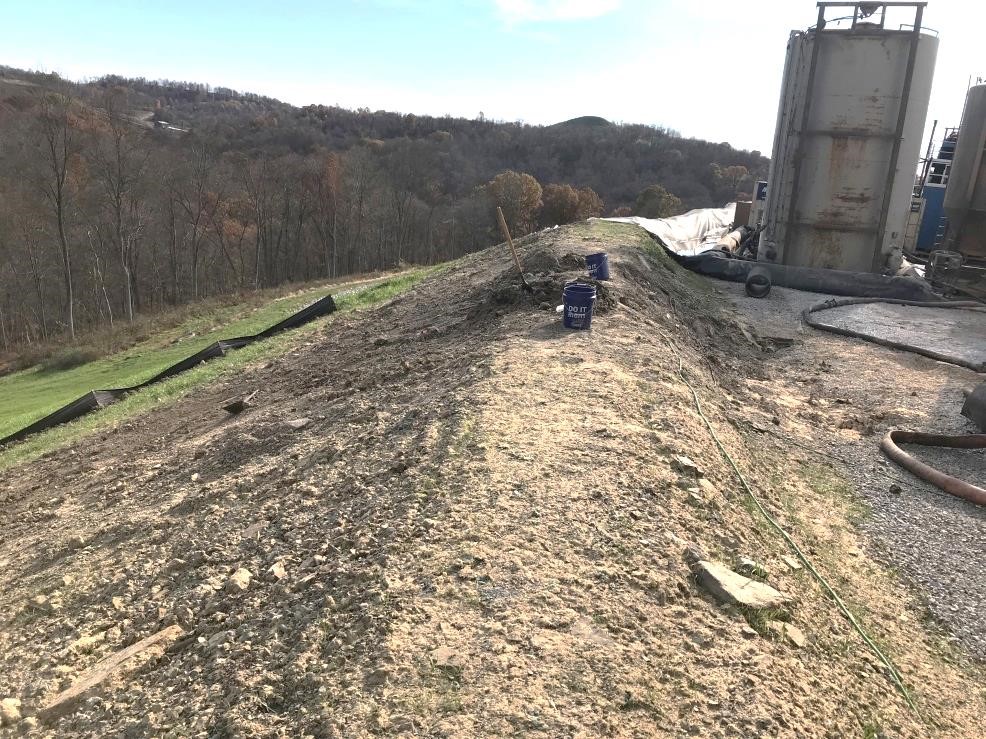 Penn E&R directed emergency response and site remediation efforts following an accidental release of synthetic oil-based mud at a well pad in southwestern Pennsylvania.  The release resulted from a valve failure that caused the drilling mud to spray from the flair stack.

The client immediately reported the release to the Pennsylvania Department of Environmental Protection (PADEP) and contracted Penn E&R to perform contaminant delineation and supervise the cleanup.  The release area was inspected for the presence of drilling mud using a Direct Soil Electrical Conductivity Meter and visual observation to determine the horizontal and vertical extents of excavation.  The visibly stained materials and areas with elevated conductivity readings were excavated and transported for proper disposal at a licensed facility.